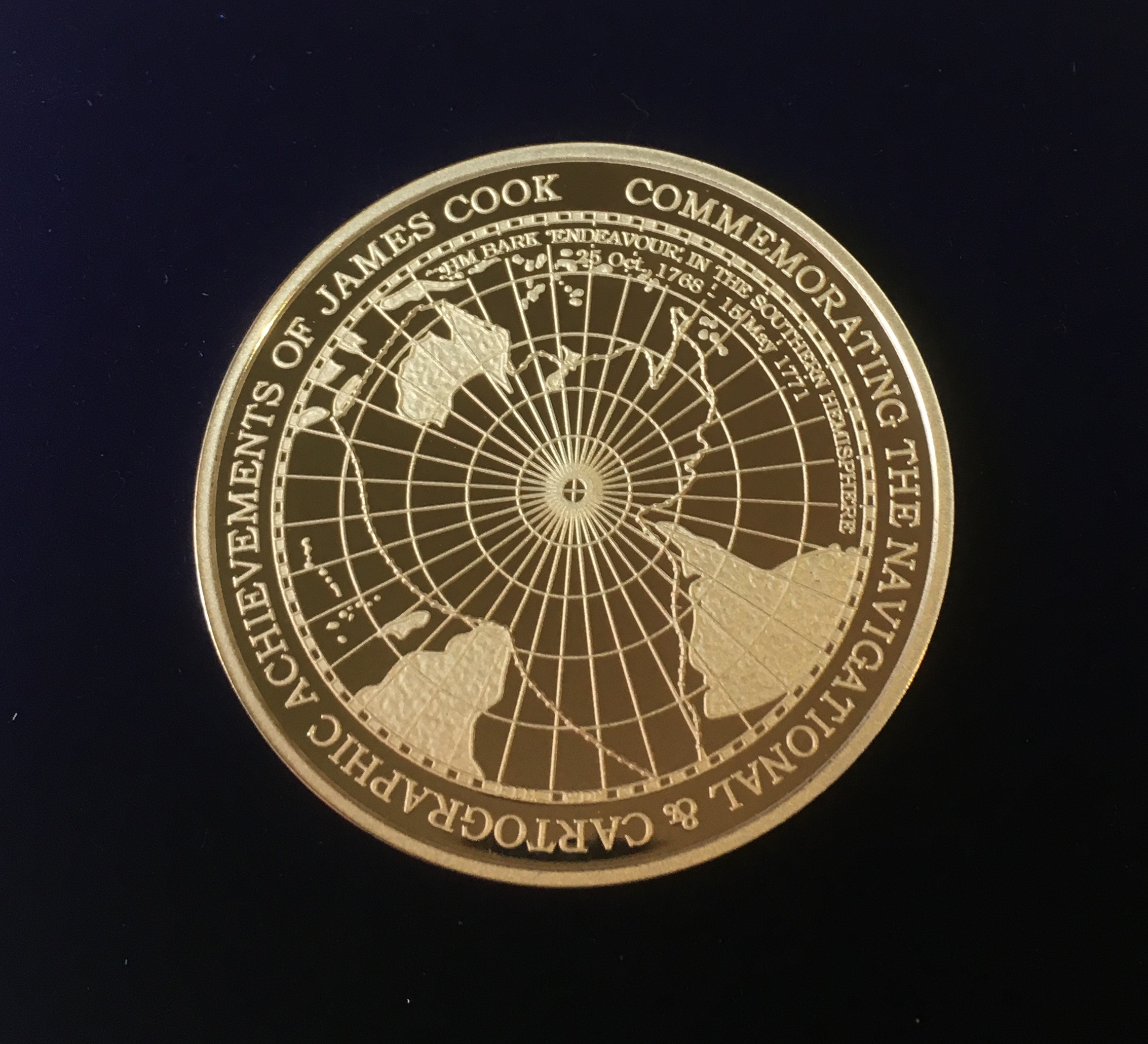 The RNSNZ has produced a medal to mark the 250th anniversary of the arrival of James Cook and the 'Endeavour' in New Zealand waters.

The emphasis of the design was on the navigational and cartographic successes of the voyage. The front of the medal therefore adapts the standard RNSNZ logo of the map of New Zealand within four stars of the Southern Cross by inserting a representation of Cook's famous map of New Zealand with the track of the 'Endeavour' indicated.

The reverse adapts the first map drawn of the southern hemisphere and shows the track of the 'Endeavour' across the southern oceans. Australia is shown without Bass Strait and Antarctica is entirely absent. The mint initials and designer's initials are inserted into the quarters of the lines of longitude encircling the design inside the legend.